The POWER of IOT
Need of IOT
The Internet of Things is the concept of everyday objects – from industrial machines to wearable devices – using built-in sensors to collect data and takes action on that data across a network. So it’s a building that uses sensors to automatically adjust heating and lighting or production equipment alerting maintenance personnel to an impending failure. Simply put, the Internet of Things is the future of technology that can make our lives more efficient. 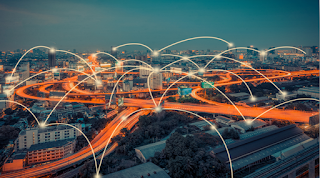 We’ve been fascinated with gadgets that function on a grander scale for decades – but it’s only been in the past several years that we’ve seen the IoT’s true potential. The concept evolved as wireless Internet became more pervasive, embedded sensors grew in sophistication and people began understanding that technology could be a personal tool as well as a professional one.

There is a short video on "Internet of Things (IoT)" that will explain all the basic concepts of IoT you need to know. This short video on IoT has several facts and figures which you will be amazed to see. It also explains different iot applications and future of iot.


Real Examples that show the power of IoT


Each year, new technologies rise and fall, sometimes making an impact on our daily lives and other times barely having a trace. Here, we are sharing some of the Internet of Things examples which shows the true potential and power of IoT in the near future.

We believe that IoT development will continue to have a specific place in the design and development of near future software. Here are the 7 interenet of things examples that show precisely why there's such a lot buzz around IoT.

Benefits of the Internet of Things for consumers
The IoT promises to make our environment -- our homes and offices and vehicles -- smarter, more measurable, and chattier. Smart speakers like “Amazon's Echo” and “Google Home” make it easier to play music, set timers, or get information. “Home security systems” make it easier to monitor what's going on inside and outside, or to see and talk to visitors. Meanwhile, smart thermostats can help us heat our homes before we arrive back, and smart light bulbs can make it look like we're home even when we're out.
Looking beyond the home, sensors can help us to understand how noisy or polluted our environment might be. Autonomous vehicles and smart cities could change how we build and manage our public spaces.

IOT works in two phases. First is collection of data. As you know smart phones we use in Today’s world know our location and, with their onboard accelerometers, track our movements as well. Sensors collect the data from all over the world.

The other part is actuators (a device that causes a machine or other device to operate). As we all are using smart phones, our phone already know our location, and send that information back to Google Maps and helps to determine where traffic congestion is; when they're linked to driverless cars, they'll automatically route us around that congestion.

Increasingly, human intervention will be unnecessary. In a nutshell, The sensors will collect data. The smart system will interpret the data and figure out what to do and the actuators will do things in our world. You can think of the sensors as the eyes and ears of the Internet, the actuators as the hands and feet of the Internet, and the stuff in the middle as the brain. This makes the future clearer. The Internet now senses, thinks, and acts.