MBA student of LPU Mr. Amanpreet Singh has again proved his mettle by bagging Gold medal in 25m Standard Pistol event during XVII Kumar Surendra Singh Memorial Shooting Championship 2017 held in New Delhi from 26th Jul to 1st August 2017 under the aegis of The National Rifle Association of India. The feat is remarkable since Amanpreet Singh secured the top spot amongst galaxy of international shooters like  Mahaveer Singh, Deepak Sharma and Olympian Vijay Kumar. Amanpreet Singh won ahead of Mahaveer Singh after both were tied on the score of 572. 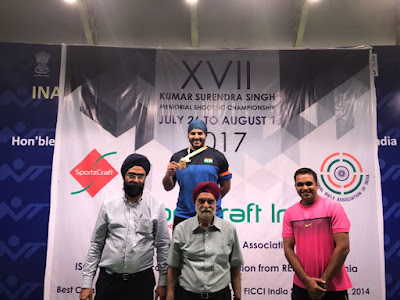 Recently Amanpreet Singh has also brought  laurel for the country by winning first position in the team event of 50m Pistol Men during 48th Grand Prix of Liberation Plzeň  (Czech Republic) 2017. Mr. Jitu Rai and Mr. P.N. Prakash were other two ace international shooters of India who along with Mr. Amanpreet Singh managed to secure joint score of 1658 and bagged the first position defeating the teams of Russia and Germany.This came shortly after Amanpreet's silver medal win in ISSF shooting world cup held in New Delhi in the month of March this year. 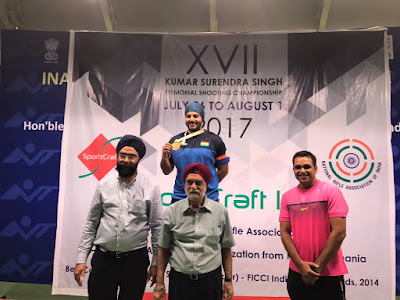 Illustratively, LPU always strives to encourage the budding sportsperson and artists of national and international repute by providing various free-ships and rewards to them so that they can pursue their passions along with their studies.