We are happy to share that international- level hockey player of India, Ms. Manmeet Kaur from Indian Railways has enrolled in M.A. Programme (Reg. No. 21900010573) of LPU Distance Education.

Some of her key achievements are: 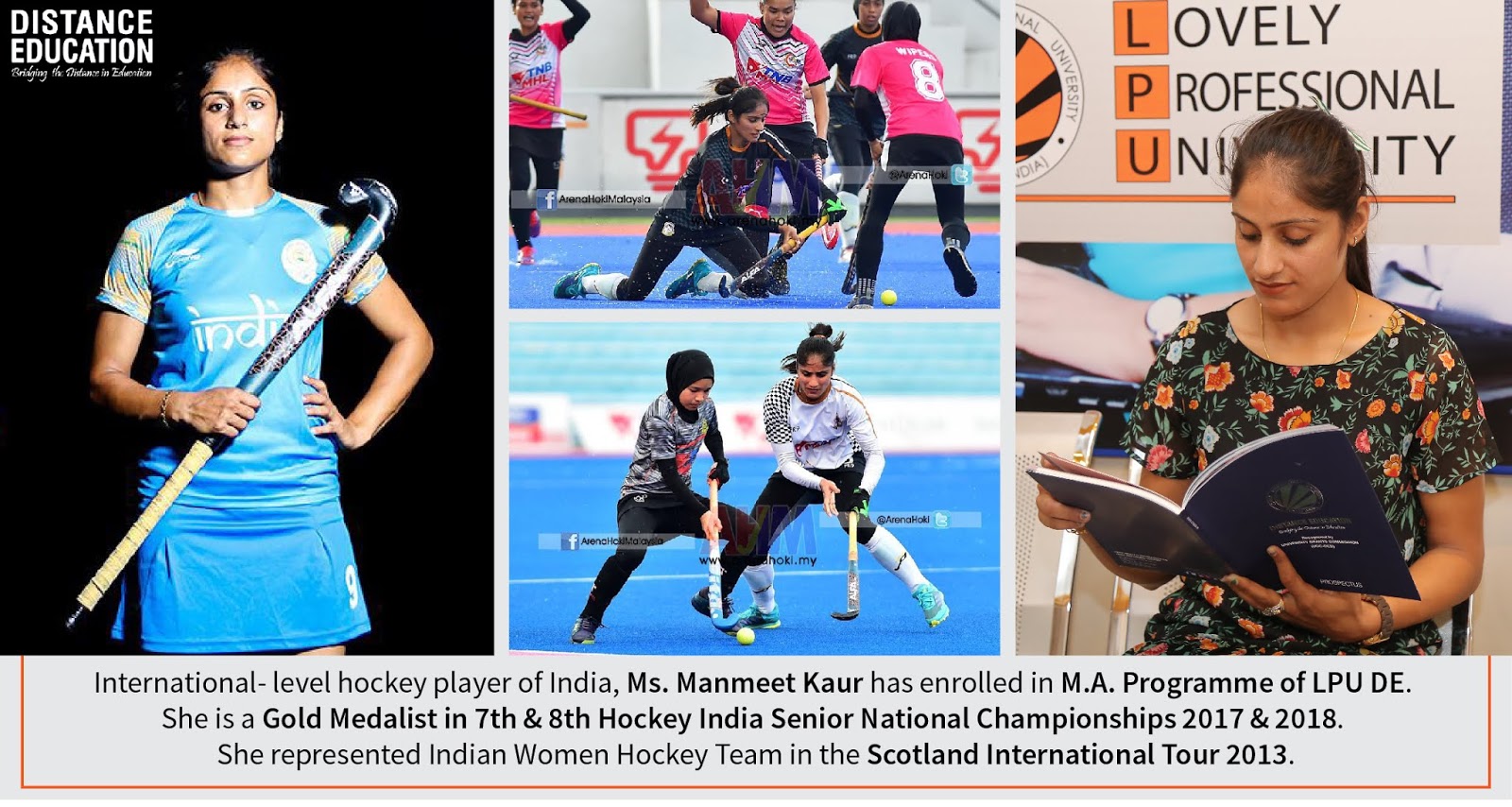