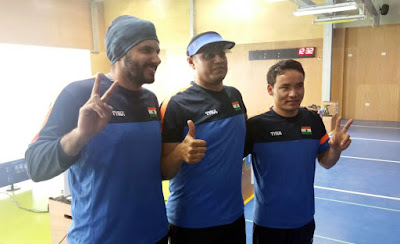 Proving his shooting skills once again, MBA student oft Lovely Professional University, Amanpreet Singh won Silver Medal for India in 50m pistol event of the Commonwealth Shooting Championships in Gold Coast, Australia on 3rd November 2017. In a rare achievement, LPU student Amanpreet and two other Indian shooters, Prakash Nanjappa (Gold) & Jitu Rai (Bronze)  have swept away with all top 3 medals of the event by seeing Tri-Colour flying high for all three prestigious positions at the victory stand. Prakash won the coveted gold medal with a score of 222.4, while Amanpreet and Jitu settled for silver and bronze medals with scores of 222 and 201.9 respectively. Prior to this, Amanpreet has already pocketed two medals at ISSF (International Shooting Sports Federation) organized World Cup Shooting Championships. 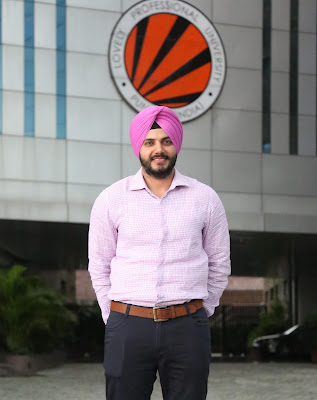 Since Amanpreet’s joining LPU it is his third great international victory. His studies at LPU has not only developed his personality but has also made him to work hard and hard than before. As this competition had the best shooters of the world in competition, this winning means much for a Police Officer’s son Amanpreet and he reveals his firm will to bring more glory to the nation through his shooting talent.


Belonging to Phillaur (Punjab), Amanpreet is indebted to all those who have always inspired, supported and guided him for this sport. He is also thankful to all of his teachers and fellow students at LPU who kept forwarding best wishes to him during the competitions he participated in.
Labels: Amanpreet Singh Australia Commonwealth Shooting Championships LPU Distance Education Phillaur Tri-Colour