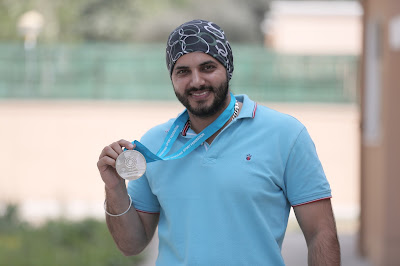 One of the brilliant students of Lovely Professional University, Amanpreet Singh has emerged as a ‘Shooting Star’. Enrolled in MA English Programme of the university, Amanpreet has recently won Silver Medal at World Cup organized by apex shooting sports body- International Shooting Sports Federation (ISSF).  The event was 50 Meter Free Pistol Final.  Hailing from Phillaur, Amanpreet practices for four hours daily, and now his only aim is to win gold medal in next Olympics. As such, he wants to bring glory not only to his university but the country also. Congratulating Amanpreet on such a glorious win, LPU Chancellor Mr Ashok Mittal encouraged him to continue his trials and practice like this so as to keep on touching new heights. Mr Mittal also informed that LPU has recently inaugurated a shooting range at LPU Campus for the shooting lovers like Amanpreet. 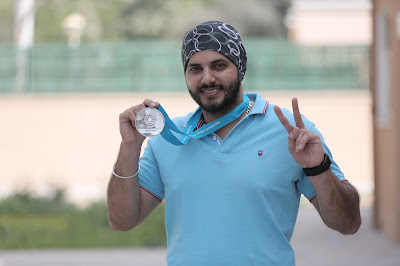 During the competition, at one stage Amanpreet was quite ahead of gold winner Jitu Rai of Indian Army; however, he missed the Gold by a very thin margin. The shooting star Amanpreet scored a total of 226.9 scores; whereas, Jeetu scored 230.1 scores (New World Record). During qualification rounds Amanpreet did very well and scored 10.8, 10.3, 10.4, and 10.3. Seeing his performance many of his fellow sports men-women had strongly predicted about his podium finish. However, both of them made India triumph at the men’s 50m pistol final event, where Amanpreet and Jitu clinched top two positions to climb upon the highest steps of the podium. 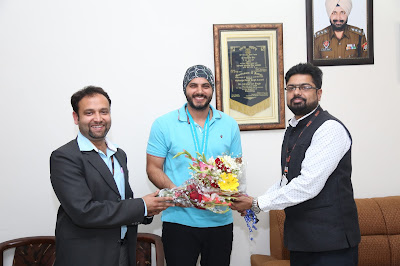 Jubilant Amanpreet shares: “While being on the step of the podium, I pulsed great moments of award ceremony where I remembered all those who inspired, supported and guided me to choose this sport. Now I want to show deft shooting skills at Olympics 2020 to be held in Tokyo, and aim to win top medal for my country.” He further says: “It is really enthralling to win medal in the world cup and it was indeed great emotional time of honour to see the Indian flag atop of the podium. I am thankful to all my teachers and fellow students at LPU who kept forwarding best wishes to me.” 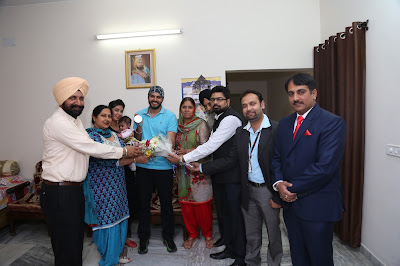 Proud to be a son of high-ranked Police Officer in Punjab, Amanpreet talks high about his parents, kith & kins, who always support him to follow his passion. He feels that studies at LPU has developed his personality and made him to always work hard. Advising his fellow students, he forwards a great message: “Keep on working hard whether these are studies, sports or any other activity. One day sincere and devoted pursuing will definitely lead you to glorious success.”He is firm to continue his studies at LPU along with chasing his dreams in shooting sports.
Labels: Amanpreet Singh International Shooting Sports Federation Lovely Professional University World Cup