Prime-Minister of Commonwealth of Dominica, Mr. Roosevelt Skerrit felicitated 20 LPU DE students for their academic performance in their respective programmes and conferred degrees on around 6893 LPU DE students of 2015 passing batch in the glittering convocation ceremony held at LPU campus. 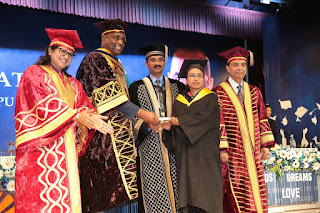 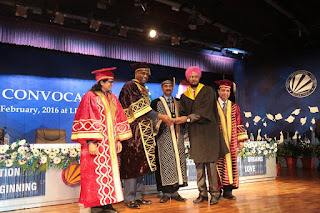 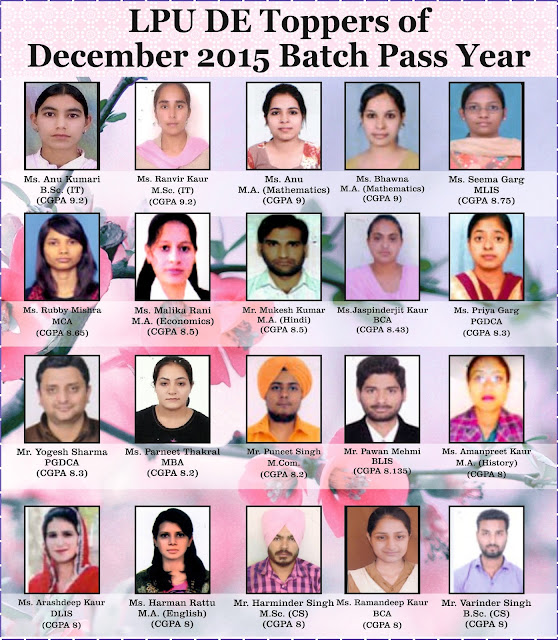 PM Skerrit, who chaired the 6th convocation of Lovely Professional University held at Shanti Devi Mittal Auditorium, was conferred with ‘Honoris Causa’ Doctor of Letters degree of LPU for his dynamism and farsightedness. This honour is also in recognition of his sincere desire to build international harmony among nations and for his outstanding public services and excellent governance. 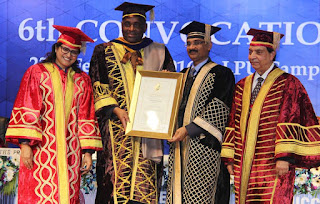 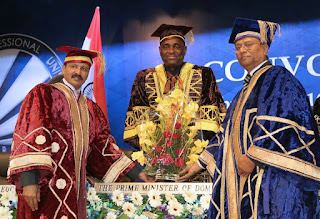 Inspiring the mammoth gathering of graduating students, PM Skerrit said “Believe in yourself, your remarkable country & the Creator. Step out with great force to face the world on positive notes; you, too, can become PM, CEO or a leading global entrepreneur.” Thanking LPU time and again and quoting LPU as one of the progressive universities of the world, PM Skerrit expressed his strong desire to collaborate with LPU in India for students and culture exchange programmes. Continuing he said, “Geometrical boundaries should not be challenges for us.  The honour which I have received here, I dedicate the same to youth of both the countries India and Dominica for their diligence and hard work, and urge them to create and navigate a new globalized world.” 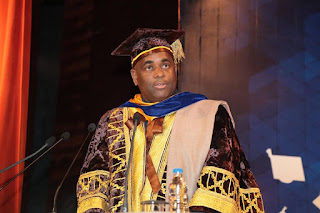 Prior to this, welcoming the elite gathering, graduating students and their parents, LPU Chancellor Mr Ashok Mittal informed all that PM Skerrit is a charismatic leader & great visionary. When he was chosen Prime Minister in 2004 at the age of 31, he became the youngest Prime Minister of the world. Mr Skerrit has been dynamic MP from the Vieille Case Constituency of the Caribbean island continuously since 2000. Addressing the students Mr Mittal asked them to always think big to achieve big: “In today’s world no one is too young, inexperienced or immature to dream and achieve. You have scores of examples before you including the chief guest of the day who became PM of a nation when he was only 31 years old, CEOs of Facebook, Google, Flipkart and more.  All great things achieved in this world, once seemed impossible to achieve. So start with the things which you like to start with, in your career ahead.” 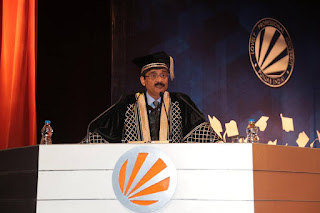